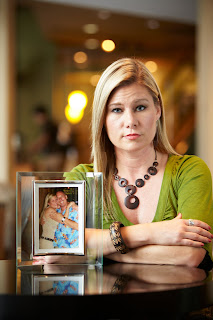 The NRA covered my story in the November 2011 issue of America's First Freedom Magazine. I hope it will make you think about your own protection & protecting those you love. 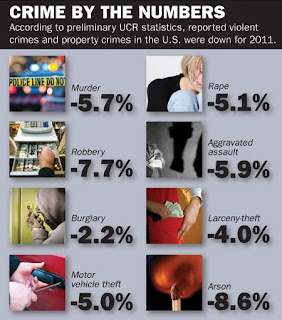 In times of economic hardship, do crime rates go up? Not in 2011 according to the FBI. I believe part of the reason is an increase in law abiding citizens choosing to arm themselves. Gun sales have been increasing every year since Obama has been in office. Women buyers have been on the rise the past few years.
Bad guys are deterred when they realize their potential victims may very well be able to fight back. Guns in the hands of good, law-abiding people could certainly be an explanation for the decrease in crime rates. 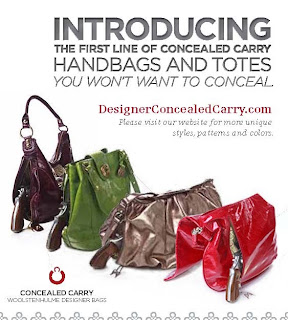 If you are looking for a concealed carry purse, consider Woolstenhulme Designer Bags. If you use my code "8876" during your purchase, you will get a $10 discount.

Some businesses in Wisconsin that prohibit concealed weapons are thinking twice about posting a sign in their window. That sign is creating insurance concerns for businesses. As it should. If you post a "no guns allowed" sign but do nothing to protect your employees & patrons from a criminal bringing a gun in, you should be held accountable if an innocent person is harmed or killed there by a predator. Citizens should be allowed to carry legally to protect themselves.